Recognizing and Honoring
Black Culture Beyond the 28 Days 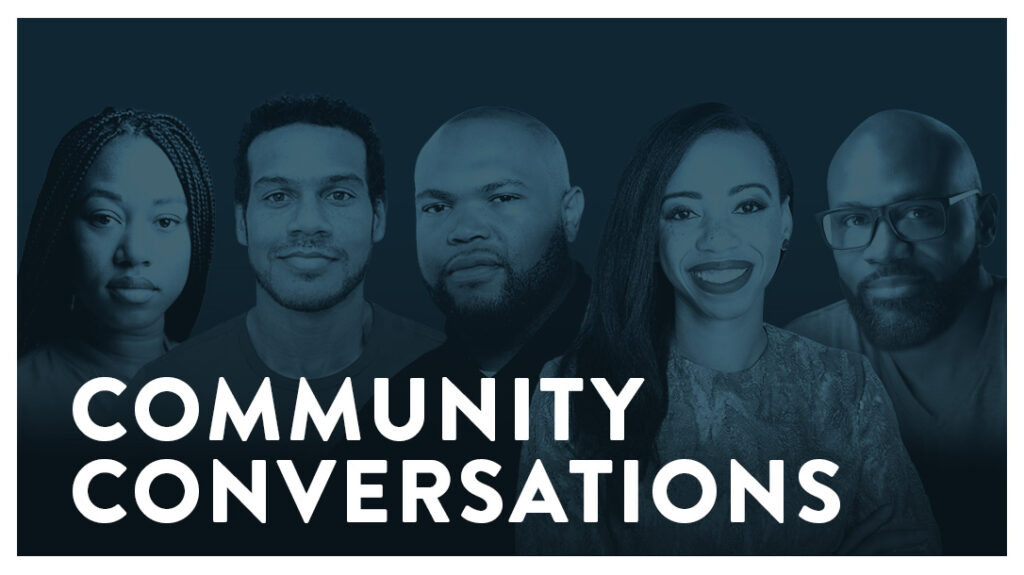 Coming Soon: Black Creators You Should Know About

For our first conversation, we spoke to our community members about Recognizing and Honoring Black Culture. As recently as 5 years ago, recognizing Black consumers in the U.S. was reserved for Black History Month. With the shift to recognition and representation of Black culture and Black consumers year-round, the way we honor and support the community is shifting. Here’s what the community had to say about it. 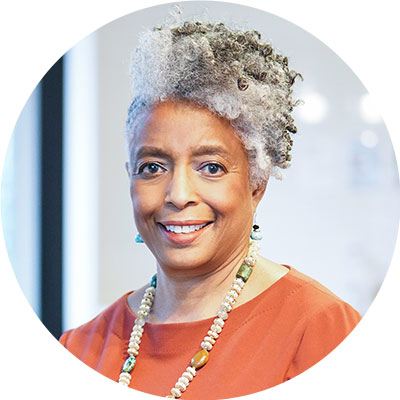 Esther *ET* Franklin develops and drives the strategic vision globally for Spark Foundry and its clients as Chief Strategy & Cultural Fluency Officer. With a career rooted in Chicago for more than 19+ years, E.T. is an integral leader in the city’s advertising community; she was named Advertising Woman of the Year by the Chicago Advertising Federation in 2018. In her current role, she has been instrumental in pioneering Spark’s approach to strategy. Her most recent innovation is an end-to-end product development framework called “HEAT,” which enables teams to collaborate, build robust plans and elevated solutions that can withstand disruption and serve clients to the highest standard.

E.T.’s experience and boundary-breaking viewpoints have served Spark well, enriching successful pitches for major accounts such as, Macy’s, Marriott International, Southwest Airlines, Mattel and more. Her ability to lead, guide and motivate high-level talent is the reason she sets the tone driving the largest function within Spark forward; the Media Planning/Strategy team of 400+.

By encouraging marketers to embrace an ‘inside out’ perspective, Esther ‘E.T.’ Franklin has helped iconic brands – and the advertising industry at large – understand the cultural identities and media consumption habits of local and global audiences. Drawing on extensive industry experience across a range of agencies, audiences, geographies and international markets, Esther offers a unique perspective in any situation. Through her spirit of decisive collaboration, future-focused orientation, and innately creative, curious, open-minded, strategic nature, Esther has led several successful corporate “start-up” initiatives. 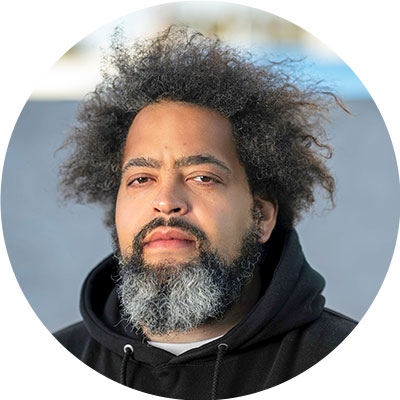 As the President and Chief Creative Officer, Ryan Ford leads all creative and marketing campaigns across Cashmere’s diverse set of clients. He focuses on identifying and navigating the evolving dynamics between brands and culture. With over 20 years of industry experience, Ryan has led strategies and campaigns for globally recognized brands including Google, Instagram, Facebook, BMW, Taco Bell, Warner Media, Disney, AppleTV, adidas and more. Ryan continually pushes boundaries to push The Culture forward positively that defines new general market consumers. Under Ryan’s leadership, Cashmere has been recognized as a leading force within the creative industry and a recipient of multiple awards including: 2019 Cannes Lions Creative Award, The Clio Awards, AdColor, A100, named Ad Age’s Multicultural 2019 Agency of the Year and recognized on Ad Age’s 2020 A-List Agencies To Watch list and Ad Age’s 2021 A-List Standout Agencies. Ryan was named one of the 2021 AdWeek 50 and 2020 AdColor x AdWeek Champion.

Prior to Cashmere Agency, Ryan served as Executive Editor at The Source, once dubbed as “hip-hop’s bible.” For nearly a decade, Ryan played a pivotal role in the construction and content of every issue and interviewed hundreds of revered musicians, executives, celebrities and politicians, including Jay Z, Kanye West, Snoop Dogg, Jamie Foxx, Queen Latifah, Diddy, Shaquille O’Neal, Dr. Dre, Ice Cube, Nas and OutKast to name a few.

Ryan holds a BA in Journalism from University of Iowa and a Masters of Arts in African-American Studies from University of California, Los Angeles. Ryan Ford has lent his voice as a thought leader and culture expert and appeared in a variety of publications, including Fast Company, AdAge, LA Times, Forbes and more. Ryan is currently on the Music Advisory Board of ADCOLOR, the premier organization dedicated to celebrating and promoting professionals of color and diversity in the creative industries and on the Advisory Board Member of The Marcus Graham Project.

A music enthusiast, Ryan enjoys all genres of great music, not just hip-hop. In his downtime, Ryan enjoys spending time with his wife and daughter, watching football, playing video games (his favorite being Madden NFL) and nerding out on anything related to Star Wars (specifically the Dark Side). In his prime, Ryan played football for the University of Kansas as an offensive guard and hails from Des Moines, Iowa. 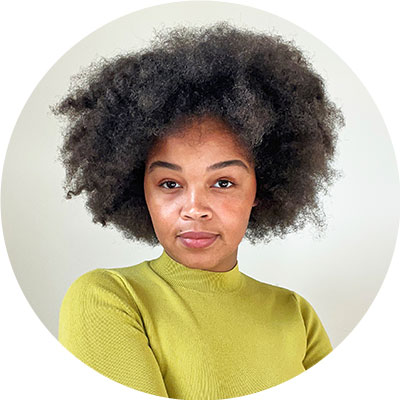 Pilar is a culturally conscious strategist who isn’t afraid to speak from the heart. Her experience working across brand, social, and diversity equity and inclusion strategy enables her to find unique opportunities for companies and creatives to center diverse voices and create socially impactful work that propels the cultural narrative.

Her work extends across a range of major brands like Patron, Coca Cola, P&G Always Global, and Jack Daniels. She’s happiest working in collaborative environments and sharing experiences with people; whether that’s splitting an extra item on the menu at a dinner restaurant or presenting in any board room. 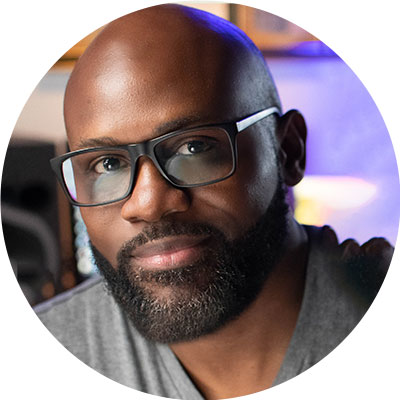 For the past 20 years, Akintayo has built a dynamic career playing at the intersection of technology, creativity and design.  With an engineering background and a passion for the creative arts, Akintayo has made a way for himself to help individuals and organizations solve their technical and creative challenges.

For the past 15 years, he has served as the Music Director, Digital Asset Manager and portrait photographer (www.adewole.com) for ADCOLOR, an organization that focuses on conversation and celebration around diversity, equity and inclusion within the advertising, marketing and media industry.

Always pushing both technological and creative boundaries, his latest entrepreneurial venture, DRKR PXLS, aims to leverage immersive and experiential technologies for storytelling in animation, film & interactive applications. This includes virtual production which uses real-time 3D rendering gaming engines, such as Unreal Engine .  You can follow his chronicle into this space on his vlog, BecomingDoPE.com and at DRKRPXLS.com. 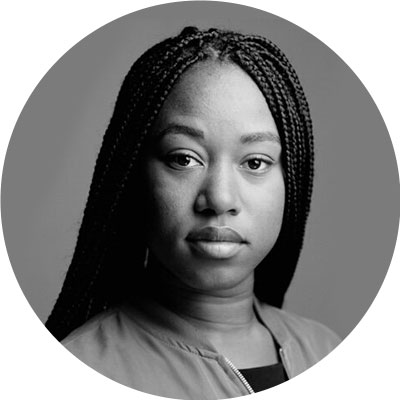 Montea Robinson is a producer, film educator, arts manager and alumna of Ghetto Film School who hails from New York City. She took over the reins as CEO in 2022, after serving as the Managing Director (2018-2020) and later Executive Director (2020-2021) of GFS LA.

During her time as Executive Director, Montea ensured the continuation and maintained the quality of Fellows and Roster programming despite COVID 19 disruptions, safely produced the Los Angeles Thesis shoot while most of Hollywood productions were still shuttered, served as a key voice in the development of GFS’ 5 year Strategic Plan, and led the production of Fellows’ original short films with partners like Dolby, Netflix, Sony, and more.

With a BFA in Experimental Film from the SUNY Purchase School of Film and Media studies, Montea began her career as a broadcast and post production producer in commercial advertising. Dedicated to serving young people with a passion for the arts, she is thrilled to continue her work through Ghetto Film School. 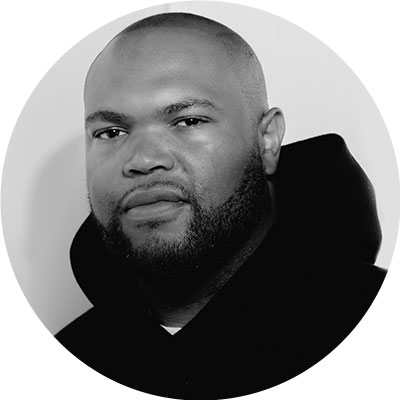 With the use of motion and Augmented Reality, he creates artwork and experiences that empathize with his upbringing and life experiences. He currently leads Interactive Design at TIDAL and is the Founder of Mobile First Design Agency, Vega Studio. 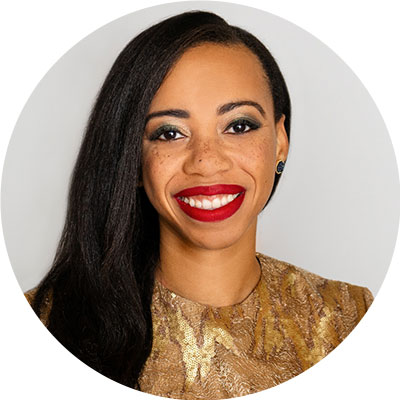 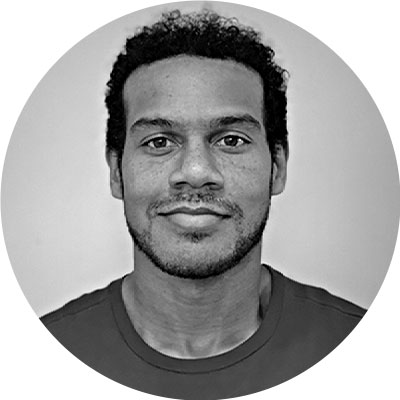 Use the form below to reach us

Thank you for your submission, we will respond to your message shortly. In the meantime you can learn more about ADCOLOR in the About section.